The Idol of Liberty 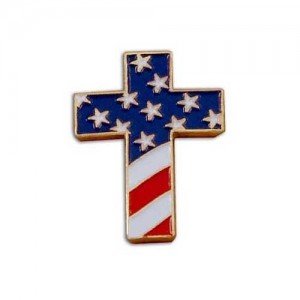 I posted last week about my admiration for the ways in which Catholic Social Teaching (CST) is presently enabling certain contemporary American Catholics to apply resistance to the powers and principalities that seek to divide and disable the church’s witness to the politics of another city, the City of God. I didn’t say as much as I should have about what it is in the CST tradition that is in my view empowering the resistance.

There are numerous things that could be pointed to, but for starters I can boil it down to two—solidarity and subsidiarity. I’ll leave it to interested readers to learn more elsewhere about these pillars of CST, but what I like about them is the way in which each cuts against the grain of a dominant note being sounded by one of the dominant political parties in the United States. So the stereotypical Democratic tendency to see solutions in big government programs would be chastened, corrected, and I think strengthened were its advocates to learn from the principle of subsidiarity, according to which solutions to problems should be found at the most local level possible. When those solutions cannot be found, higher or more diffused levels of governing authority have the responsibility to contribute to solutions, but the preference is for the local and the proximate over the distant and the impersonal. Were Democrats to take subsidiarity seriously, they might be able to acknowledge more of the truth in their opponents’ appeals to the creativity and power of local marketplaces, even as they might find an important resource for affirming kindred spirits in the local food movement, who aren’t seeking sweeping government programs as alternatives to the deleterious affects of agribusiness and the community-destroying impact of laissez faire doctrine when it comes to something as basic as how and what we eat.

The principle of solidarity, on the other hand, would do much to force a revision (or better yet, an abandonment and replacement of) the stereotypical Republican  appeals to libertarian freedom as the magical key to unlocking perpetual growth and political stability. For solidarity, in Pope Benedict’s words, “is first and foremost a sense of responsibility on the part of everyone with regard to everyone,” but unlike in libertarian thought and policy—which wants to trust that unfettered self-interest will somehow amount to taking responsibility for everyone—the CST tradition on solidarity is clear that responsibility must actually be concretized in the structures of our governing orders. Thus does the Pope, in his latest encyclical, argue for “a political path for charity,” and thus can the Pope write, “In terms of the resolution of the current crisis, the State’s role seems destined to grow, as it regains many of its competences” (for the quotes from Benedict and fine commentary upon them, see this piece by Jana Bennett at the Catholic Moral Theology blog; for a strong objection to the Romney campaign’s efforts to use the Polish “solidarity” movement in its own favor, see this and this by Gerald J. Beyer). Were Republicans to take solidarity seriously, they would have to abandon their sweeping hostility to labor unions, recognize the important contributions government has to make in concretizing charitable concern for those in need, and leave behind once and for all the fantasies of autonomous selfhood ensconced in most libertarian economic and political theory.

Thus tracing out the implications of solidarity and subsidiarity within Catholic Social Thought can do much to expose the impoverished moral and political visions of Democratic and Republican platforms, and it really shouldn’t be all that surprising that Catholics committed to CST are unsatisfied with the partisan options before us. And that’s true without even getting into the contentious issue of being faithful to the Catholic position on “life” issues, though I think a fair treatment of the CST tradition on “life” would also show just how thoroughly unsatisfactory any easy partisanship must necessarily be for devout Catholics (for under “life issues,” we must place fetal life, incarcerated life, innocent civilian life, tortured life, etc.).

So I stand by last week’s admiration, and I was further encouraged in it over the course of the last week in learning that New York Cardinal Timothy Dolan was not only going to give the closing benediction at the Republican National Convention but that he was now also going to pray at the close of the Democratic National Convention. I’m not a big fan of Christians praying in public at secular events, but at least Dolan’s positive response to the Democrats’ invitation went some way towards deflecting suspicions of rank partisanship among the Catholic hierarchy in the U.S.

Well, Cardinal Dolan has now delivered the first benediction, and I have to say, his prayer is not only not an example of how to fight the powers, it is an example of how to capitulate to them entirely. This is a harsh judgment, but I don’t know how to avoid it given the text of Dolan’s prayer (which I did not hear live, though I don’t see what difference that would have made.) But to see how the prayer represents such a capitulation, I need to add to my reflections from last week about the powers and principalities.

Last week I focused on how the powers often work to divide Christians into hostile groups where they should actually reside in peaceable unity. But the powers do not only ply their rebellious trade by separating Christians one from another, carving us up into partisan sub-churches, turning us against one another in the name of loyalties less important than or even in contradiction to the gospel. They also, pretentious creatures that they are, seek to unify us on their own terms; they scatter, but they also gather. Think only of Jesus’ temptation in the wilderness—Jesus could have it all, even a unified gathering of all the kingdoms of the world (Luke 4:5), if he would but bend the knee to the pretender rather than his Father. So false unity is as much a reflection of subservience to the powers as is divisiveness and rancor among those baptized into the unity of Christ’s Body.

Which brings me back to the Cardinal’s benediction, where, unfortunately, we get a whopper of a reminder of the allure of false unity. Perhaps nothing is as reflective of the false and seductive unity achieved by the powers in our context as is the cult of “freedom” in the discourse of American civil religion. And Dolan wastes no time in going all in with this cult, right out of the gate:

With firm reliance on the protection of divine providence, let us pray.

Almighty God, father of Abraham, Isaac, Jacob, and Jesus, we beg your continued blessings on this sanctuary of freedom, and on all of those who proudly call America home.

Of course, Christians care a great deal about freedom. How could we not when we have it on good authority that freedom is nothing less than the mission and work of the Son (cf. John 8:31–36). Yet this very passage from the Gospel of John demonstrates the deeply problematic nature of “freedom/liberty” in American civil religious discourse (NRSV):

Then Jesus said to the Jews who had believed in him, “If you continue in my word, you are truly my disciples; and you will know the truth, and the truth will make you free.” They answered him, “We are descendants of Abraham and have never been slaves to anyone. What do you mean by saying, “You will be made free?”

Jesus answered them, “Very truly, I tell you, everyone who commits sin is a slave to sin. The slave does not have a permanent place in the household; the son has a place there forever. So if the Son makes you free, you will be free indeed.

I think it’s fair to say that by “this sanctuary of freedom,” Cardinal Dolan is saying something like, “this place where nobody is slave to anyone.” Of course, Dolan knows the history of chattel slavery in this land and is not denying or overlooking this sordid and awful past (I hope and trust), but is rather referring to those institutions, traditions, and practices—present at the founding of the U.S. and continuing with us into the present—that ultimately served to undermine the oppressive reign of slavery that contradicted and compromised those traditions and practices. It is this liberating legacy that presumably makes this country “the sanctuary of freedom” that it is.

But notice immediately, then, that Jesus relativizes this sort of freedom in the Gospel of John. Replying to interlocutors apparently miffed that he has failed to recognize the liberty embedded in their history—the history of Abraham and his free people—Jesus says, “everyone who commits sin is a slave to sin.” Genuine freedom, according to Jesus, is what he himself came to bring, and it has to do with exposing a slavery that runs much more deeply than tyranny or enslavement traditionally understood. (It’s important to put it this way—the freedom that Jesus brings does not constitute a wholesale rejection of, or categorical alternative to, the sorts of liberation often assumed when Americans talk about “freedom,” as if the Civil Rights Movement, women’s liberation, religious freedom, etc. are irrelevant to Christians. Yet the freedom that Jesus brings goes radically further, encompassing yet extending the conception of freedom so dramatically that it exposes latent strands of slavery in lesser forms of “freedom.”)

Interestingly, if also rather damningly in my view, the Cardinal shows that he knows the difference between so-called freedom and real freedom, for later in the benediction, he prays that God might “Make us truly free by tethering freedom to truth and ordering freedom to goodness” (emphasis mine). But this is a rather monumental qualification on the earlier and subsequent appeals to freedom and liberty in the prayer. To be truly free, one’s action must be ordered to truth and goodness. The libertarian conception of freedom as freedom from external constraint is not only not enough, it is itself a profound form of bondage according to the logic of the gospel. For to be truly free, the Cardinal knows the Church teaches, is to abide in the Word of Christ, and to have one’s life transformed by that Truth into an obedient love of God and neighbor—to the Way that leads to eternal life.

But if there is a genuine freedom that is ordered to truth—a freedom that only the Son can give—then the Cardinal’s obeisance to civil religious presumptions about America as a “sanctuary of freedom” is actually a betrayal of that genuine freedom made possible only in Christ. Setting these rival conceptions of freedom alongside one another in a benediction and failing to emphasize the profound difference is no way to resist the powers’ attempt to gather us up into the false unity of a counterfeit “liberty.”