My Album of the Year

I’ve been singing the praises of Alt-J for some time to anyone who reads my Facebook posts. As we move into the last month of 2012, I think it is pretty safe for me to declare their album An Awesome Wave my album of the year. 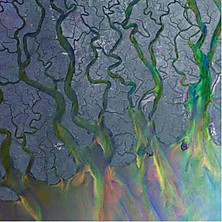 It is not for everybody. I think fans of Radiohead or Fleet Foxes might like it. There are a handful of stand-out tracks (“Tessellate” and “Matilda,” for example), but it is one of those rare albums today that actually coheres. That is, it is in fact an album and not just a collection of songs. Jen Long, in a BBC review, has called it “a stunning and encompassing affair of both innovative and electrifying musicianship and exemplary song writing.”

Earlier this month Alt-J won the prestigious Mercury Prize. And now the band from Cambridgeshire can add to their list of accolades being named Album of the Year by a forty-year-old father of three who lives a relatively quiet life in Eugene, Oregon. That should boost sales by at lest one or two.

I’m always on the look out for good music. In the comments give me your best album of 2012.