Clash of the Track Titans Tomorrow at Hayward Field

Jordan Hasay. The most decorated runner in school history. Pre would surely tip the hat.

With Duke and Oregon out of the NCAA men’s basketball tournament, and with the weather starting to warm up and dry out (fingers crossed!), I’m starting to get excited about another season of track and field. I haven’t been able to attend a meet at Hayward Field this season, though that changes tomorrow, when Erin, the boys, and I will catch the 24th Pepsi Team Invitational at Hayward Field. It’s being billed as “one of the nation’s best scored meets of the 2013 season.”

Why? you ask. Well, the Duck women’s team enters the meet ranked No. 2 in this week’s poll, the men No. 4. And both teams square off against Texas A&M’s squads (No. 1 for the men, No. 3 for the women). The University of Washington will be present, their women’s team ranked 15th in the nation. Washington State will also compete.

So there’s going to be a boatload of fast talent running around Oregon’s historic Hayward Field. Among the surest bets for crowd pleasers—and this is a bit atypical for Oregon, best known for its distance runners—will be the sprinting events. That’s because the Aggies are positively stacked with sprinters, the Duck women have the reigning 100-meter champion in English Gardner, and the Duck men will benefit from the football team’s ability to recruit some of the fastest athletes in America. I’m particularly psyched to get to see standout running back/receiver De’Anthony Thomas lace up the spikes for the 100m and 4x100m relay. Just a few weeks ago Thomas wowed the crowd with victories in the 100m, 200m, and 4x100m relay at the Oregon Preview meet. 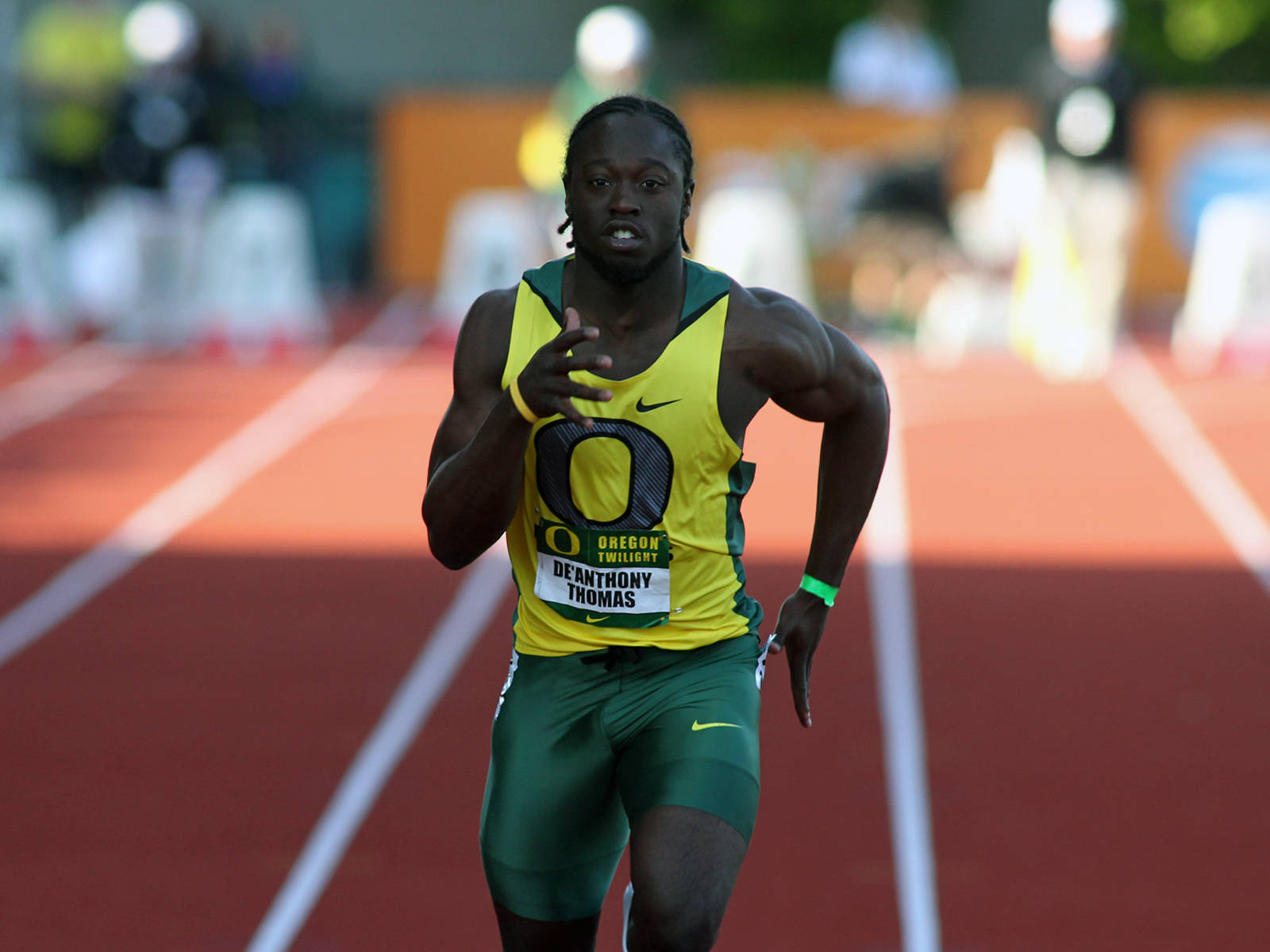 De’Anthony Thomas. No wonder he’s hard to catch on the gridiron.

But I’m also excited to watch All-American Mike Berry of the Ducks go toe to toe with A&M’s Ricky Babineaux (ranked 6th in the nation) in the men’s 400m.

And there’s always Oregon firepower in the middle distances. Jordan Hasay, “the most decorated runner in school history with 15 combined All-American awards, 2 national titles, and 4 Pac 12 crowns,” should smoke the women’s 1500m, and UO teammates Elijah Greer and Matt Miner should be pushed to run a fast men’s 1500m by Washington’s standout miler, Joey Bywater.

If you like track and field, the first event is the women’s steeplchase at 12:50pm Pacific, and you can stream the action live here.

The Myth of the Perfect Victim