The Lamar Redskins No Longer? One Can Only Hope

I went to public high school in Houston, Texas, at Mirabeau B. Lamar H.S. Readers not from Houston might recognize the school if they saw a picture of it, as Lamar made a cameo appearance in Wes Anderson’s 1998 comedy classic Rushmore, starring Jason Schwartzmann, Bill Murray, and Olivia Williams. The activity in the movie centers around “Rushmore,” a private high school that in real life is St. John’s School, Wes Anderson’s alma mater and an elite private high school directly across the street from my alma matter. When protagonist Max Fischer (Schwartzmann) gets kicked out of Rushmore, he ends up at “Grover Cleveland High School” (which is actually Lamar). 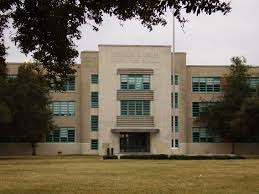 My thoughts went back to Mirabeau B. Lamar High School today when a friend alerted me through Facebook that the Houston Independent School District board has tentatively approved a policy that would change the mascots of all district schools wherever those mascots are linked to Native American images, stereotypes, euphemisms, etc. The first thing that came to my mind was a comment from my high school baseball coach, the legendary Rocky P. Manuel (a larger than life baseball guru who went on to win a state and national championships at neighboring Bellaire High School and who was recognized in 2012 for his outstanding achievements).

I have a vivid memory of Coach Manuel, not normally prone to cultural or political analysis, going off about the name of our school and mascot. He thought it was preposterous—and this would have been in the late 1980s—that a school named after the man who tried to run all Native Americans out of the state of Texas chose as its mascot “the Redskin.” Here’s a relatively recent picture of the mascot, looking very much as I remember him: 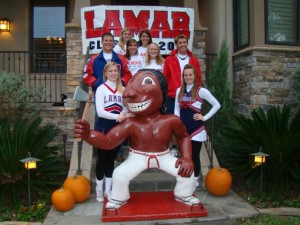 For more on Mirabeau B. Lamar’s legacy vis-a-vis the Native American population in Texas at the time of his presidency (that’s right folks, presidency!) of the Republic of Texas, here’s an excerpt from a page maintained by the Texas State Library and Archives commission on “The Expulsion of the Cherokees”:

President Mirabeau B. Lamar, who took office at the end of 1838, had a very different attitude towards Indians than did Sam Houston. Lamar believed that the Indians had no integrity; thus, there was no possibility of peaceful negotiation or co-existence. The only solution to the violent clashes between whites and Indians was to rid Texas of the Indians–permanently.

As I said to my Facebook friend, who appears not to share my judgment about the wisdom of this recent HISD decision, it’s probably a greater offense against Native Americans to name a school after Mirabeau B. Lamar at all than it is to have a mascot named “the Redskin,” though the latter is certainly objectionable. The combination is utterly toxic, and I hope that a change will in fact be made.

“This too shall pass”