What is a woman?

I am in the middle of proofreading an exciting new book from Cascade Books. Thinking Woman: A Philosophical Approach to the Quandary of Gender by Jennifer Hockenberry Dragseth is a helpful philosophical inquiry about women. 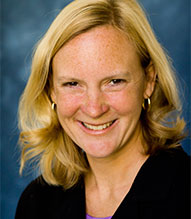 Here are a few paragraphs on the method and design of the book:

This is a philosophical book, not a sociological study or a political treatise. This book explores a “What is X?” type of question, namely “What is a woman?” The book’s method follows that of the ancient philosopher, Socrates. Socrates’s method, which he advocates for both men and women philosophers according to Plato, was to ask a question, hear an answer, discuss the answer, detail the limits or problems of the answer, and then continue with another possible answer. This is the method that is used in each chapter of the book.

As such, this book is an invitation to the reader to a philosophical dialogue on the question: “What is a woman?” The book is by no means comprehensive or exhaustive. I have limited the conversation to four major theories that are active in contemporary Western feminist discourse. These theories are Gender Essentialism, Gender Neutrality, Gender Existentialism, and Gender Fluidity. Gender Essentialism is the theory that women have an essential and unique nature that is both biologically and psychologically different from the nature of men. Gender Neutrality is the claim that women have the same essential psychological and intellectual nature as men despite biological differences in sex. Gender Existentialism is the theory that women, although biologically different from men, have intellectual and psychological habits that differ from men only because of cultural factors. The theory of Gender Fluidity claims that both gender and biological sex are constantly changing categories that are culturally defined.

Each chapter presents each system by introducing some of the women thinkers who most famously articulated the theories. Because their views were born in the context of their lives, the lives and historical context of the thinkers are important. Each chapter presents the biographies as well as the ideas of the women who were the main architects of each theory. Included also is a description of the ways the specific theory influenced the feminist struggle to help women thrive. Importantly, each chapter shows an area of contemporary public discourse where the theory remains a dominant voice. This demonstrates that each theory is still very much alive. Each chapter concludes with a discussion of the possible objections to the discussed theory before summarizing the main points of the chapter.

In the conclusion, the book does not advocate for a specific theory of woman as being true or correct. Rather the conclusion acknowledges that the concept of woman is complex. Each of the four theories says something obviously true. Thus, understanding women requires holding all four theories simultaneously while acknowledging their contradictions. However, all four theories also clearly fall short of a comprehensive account of women. Thus, understanding women requires continuing dialogue with women and those who are interested in them.

Look for it to be available in the next month or so. It would make for a great reading assignment in all sorts of university and college courses.

Symposium on Race and Racism