The Promise, with some twang

From time to time I get in particular music moods. Could be hip-hop or classical, electronica or folk. My upbringing and my generation play a part in a couple of my musical moods. There are days when I have an itchin’ for some good ol’ country music of my Texas upbringing. Typically I go to the country music of the twentieth century. I know it may make me sound old and crotchety, but what passes for country music today is almost unbearable. I’d rather listen to a worn-out, depressed, and probably drunk Johnny, Waylon, Willie, Conway, etc. Or give me the big hats and fiddlin’ two-step tunes of Travis, George, Clint, Alan, etc. Dwight Yoakam combines the two and adds a dash of Elvis Presley, so obviously, he stands out as one of my go-to artists. A few weeks ago as I was making my way through the week’s new releases, as I do, I came across Sturgill Simpson‘s new album Metamodern Sounds in Country Music. 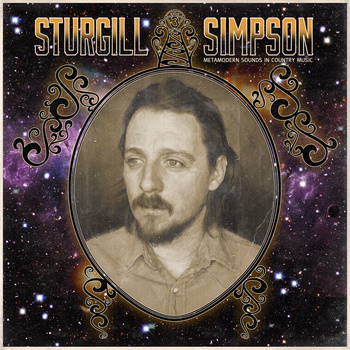 It is easily the best country music I have heard in well over a decade. I can’t recommend it enough. It is more a combination of Waylon and Dwight, with a dash of psychedelica, than it is big hats and two steps. It is just downright good music. None of the sheen and glitter of the bastardized music on country radio, and that’s a good thing!

But more than a country itch, though, I often find myself in the mood for the music of my high school days. That means I run to the 80s and what I will argue until my dying day is the best decade for pop music. One of my all-time favorite songs of that era is When in Rome’s “The Promise.” I love it. I don’t know why, I just do. Blame it on MTV.

Now back to Sturgill Simpson. He has a cover of “The Promise” on his new album. It blew my mind. It’s recognizable and yet something quite different. In other words, it is absolutely fabulous! See for yourself.